The War Between Covers

A number of portfolios were issued that deal, exclusively or in part, with the conflict. Their exact uses remain unknown. Smaller than most posters, some may have hung on walls or in windows. Many featured eye-catching color and bold shapes. Whether displayed publicly or viewed privately, each offered a perspective on the struggle. 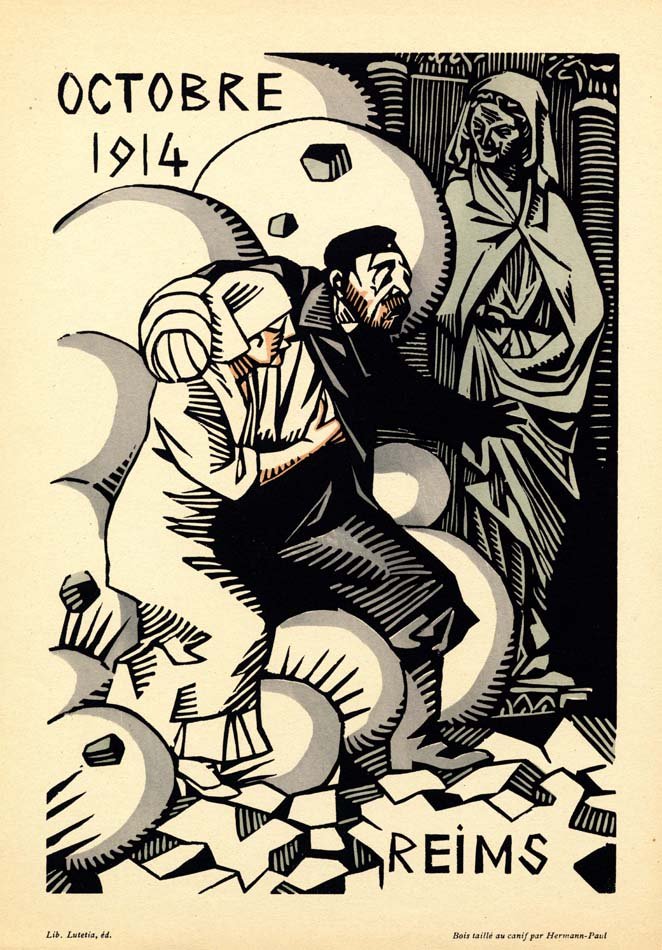 On loan from a private collection.

The bombardment of Reims Cathedral began in 1914 and continued through 1917 with one brief respite when the Germans occupied the town for several days. Contemporary French opinion held that the Germans purposely aimed at the cathedral, the traditional site of French coronations. This example of German barbarism became a major propaganda theme. Postcards from 1914 already document the damage. The woodcut by Hermann-Paul depicting October 1914 shows an injured soldier being helped from the exploding rubble by a nurse. The Smiling Angel from the central portal of the facade, a symbol of the cathedral, looks on beatifically.